Mortal Kombat is back and better than ever in Mortal Kombat 11! The next evolution of this iconic franchise features a roster of new and returning Klassic Fighters.

The best in class cinematic story mode continues the epic saga over 25 years in the making.

Sprung Studios worked closely with NetherRealm to investigate different ways to navigate the menu system. These wireframes are a small selection of options explored for the Main Menu.

We were tasked with the challenge of surfacing new and important features to encourage investigation by players.

The Player Module is an important area for players to see their progress and show off their level. Sprung Studios put a lot of effort into ensuring that this module reflected the status of the player.

This animation shows the series of ten different frame types that would be associated with a player’s progress. Our motion graphics team animated the transition between the frames in a style that reflects the energy and power of the MK universe. 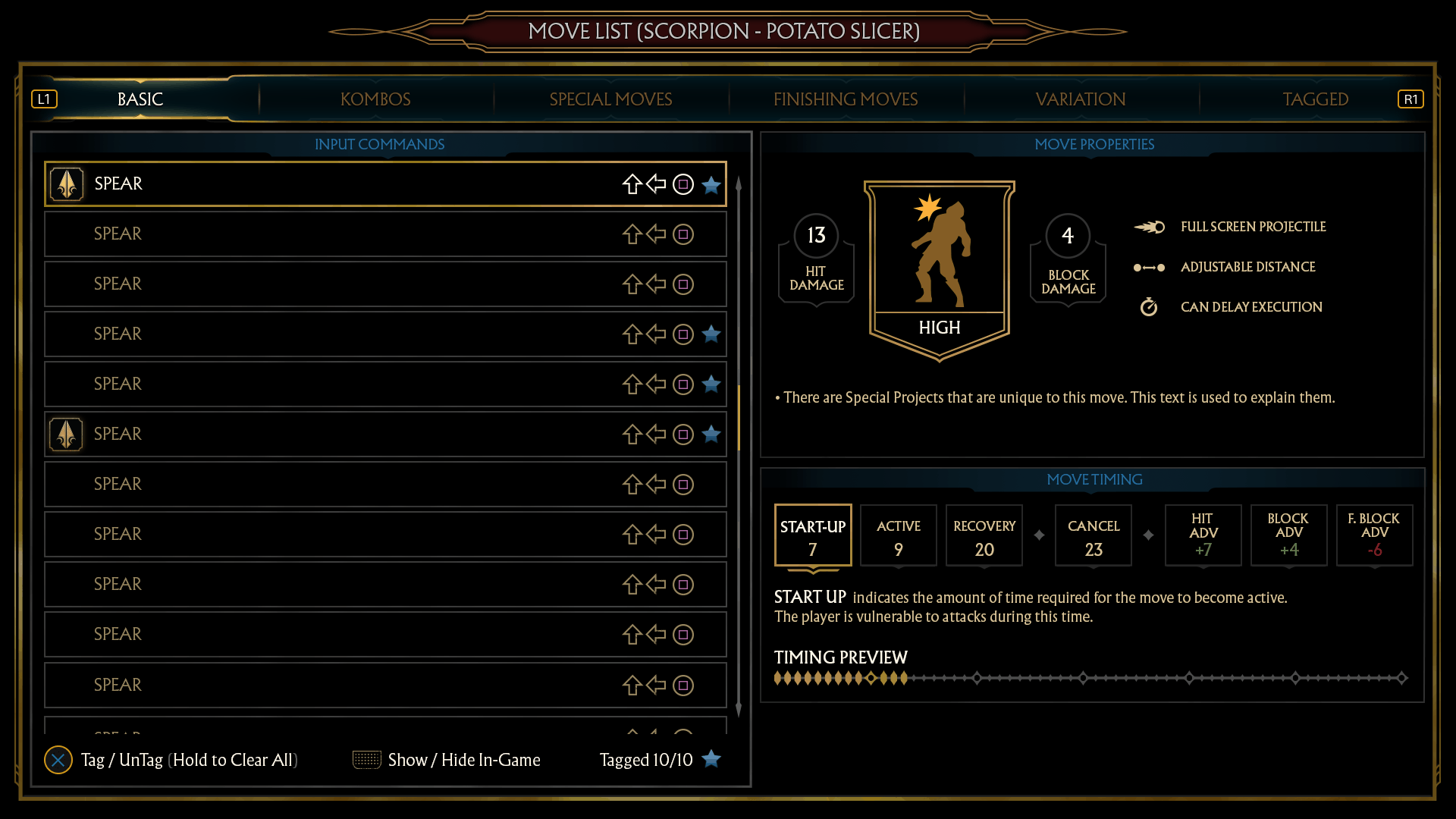 In Mortal Kombat 11 players can customise characters and equipment to get that extra boost required to finish opponents by using Gear & Augments. Sprung Studios took on the challenge of communicating this to players and created a robust and easily navigable system.

As a result, this complex game design has become a place where all players can easily adjust and improve their items to give them the edge they need in battle.

Our amazing motion graphics team took the visual aesthetic of sand and created a bold and rewarding unlock and reveal animation.

Using key visual elements from the design, we created an animation that felt rewarding and impactful when revealing new consumables.

The icons shown are from a larger set of over 150 Modifier Icons that Sprung Studios produced, alongside 1100 Variation Icons.

These Modifier Icons are used to communicate all of the Krazy game types that can be activated when fighting in the Towers.

The 1100 Variation Icons are used to help players distinguish the different loadouts that they have saved for their favourite characters.

For further insights into other collaborations we have had with NetherRealm, check out our Injustice 2 case study.

Out of the loop? Stay Up-To-Date With Sprung Studios!

Get top-rated Sprung content from the last quarter straight to your inbox! Subscribe to our company newsletter to stay informed on all things Sprung Studios!